I've been licensed continuously since 1965. My original call sign was WN8RYC, followed by WA8RYC and I have held the call W8FK since 1977. While serving with the U.S. Air Force I held various other call signs including DA1TH and PA9ANY, and also participated in our Wiesbaden Amateur Radio Club's first DXpedition to HB∅XAA. I also hold the call sign VE7AAO when I'm operating from my Canadian QTH in British Columbia.

I got interested in ham radio as early as age five or six in the 1950s, whenever it was that I finally convinced my grandmothers that I was old enough to play with each of their old upright Philco shortwave broadcast radios. There were still quite a number of AM signals that I could understand although without a beat frequency oscillator, those sideband signals sounding like one of my favorite cartoon characters Donald Duck as well as the Morse code signals sure sounded interesting.

By the summer of 1965 I finally got into full study mode, teaching myself enough theory and Morse code to be ready enough for the novice license exam with the help of my Elmer K8WVZ (now W8CM). Mike was not yet 21 years old and so Roger W8SMW, gave me my novice license exam which I passed in September of 1965. By the end of the summer of 1966 and with my novice license about to expire forever, I made the long 100-mile drive to Detroit to sit in front of the very intimidating FCC Engineer-in-Charge for my General exam. I managed to overcome the butterflies and successfully upgraded to preserve my original callsign, with the substitution of the 'A' for the 'N' and became WA8RYC. 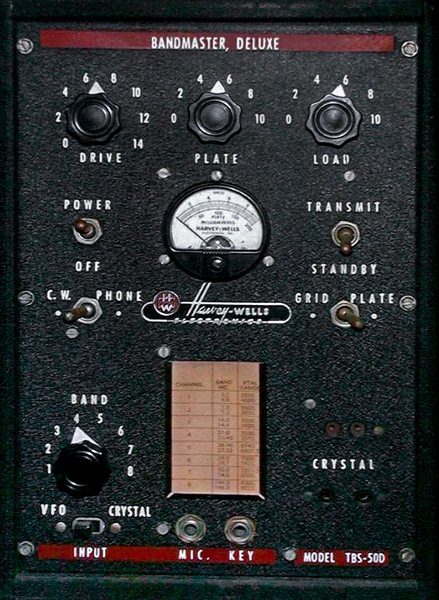 My original novice transmitter was a Harvey Wells TBS50D courtesy of Herb W8UPL, one of my dad's work friends at the Campbell Soup Company in Napoleon, Ohio. My original novice receiver was a Knight Kit R55A, assembled by my dad. My Elmer helped install an 80 meter dipole for me between a tree and a newly installed telephone pole from the local REA at around 30 feet high. In parallel to the 80 meter dipole was a 40 meter dipole using 6-inch spacers constructed of plastic by my dad. This station worked well on all three novice CW bands before upgrading to a Viking 1 transmitter when I got my general. From there I saved up my lawn mowing money and purchased my first new piece of gear, a Hammurland HQ-110AC. After that I bought my Elmer's Heath Marauder SSB transmitter and homebrew 18-watt 6 meter transmitter. In college I bought a Sideband Engineers transceiver (SBE34) and later had a Drake C-line including L4B for a short time while stationed in Germany. 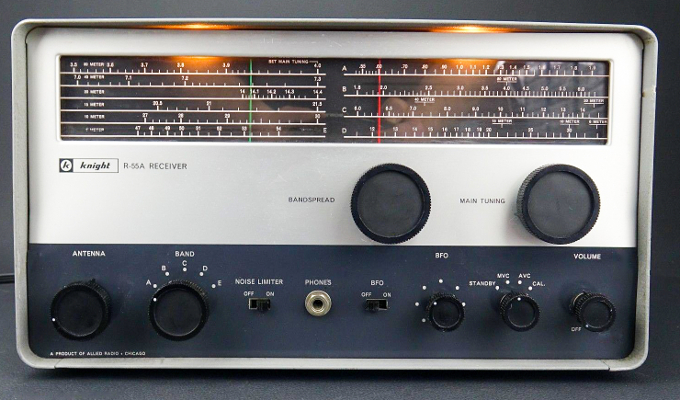 In 1975 while stationed at Castle Air Force Base in California, Fred K6RAU and I 'mutually dared' each other to go to the Fresno ham radio gathering that spring to upgrade our licenses. We both managed to pass the 20 words per minute code test and Amateur Extra theory test, with me having to pass the Advanced test at the same sitting . . . whew, and I thought the Detroit trip for the General was taxing!

I mostly hang out on 40 and 6 meters using SSB as well as some occasional CW. I have operated HF mobile (SSB and CW) since the early 80s and currently use an IC7000 and BugCatcher antenna. I have also evolved from barefoot mobile to an SGC 500 watt mobile amp. I also operate six meter SSB/CW mobile as well as 2-meter and 70-cm FM mobile. I really enjoy experimenting with various kinds of antennas, either at home or on the road, even if my thoughts and dreams seemingly take forever to move to the implementation stage!

In 2006 I became certified at Level 3 in amateur radio emergency communications by taking and passing the third course in the series of Introductory, Intermediate, and Advanced ARRL Amateur Radio Emergency Communications courses (EC-001, EC-002, and EC-003). I've also completed my first National Incident Management System (NIMS) course offered online by FEMA's Emergency Management Institute, IS-100, An Introduction to the Incident Command System. I've realized that emergency communications capability is what all of us should be doing something about at some level while we are also playing in this vast playground of a hobby! I served for three years as Emergency Coordinator for Henry County, Ohio and have also been a net member of the Colorado High Noon net on 40 meters since the 1980s, although there were several breaks in membership over the years when I lived in areas too far away for daytime 40 meter communications. Recently I have managed to check in regularly from both Ohio and British Columbia. I also check in to the British Columbia Public Service Net on 3.729 whenever I can.

Even though I was born and raised in Ohio, Michigan and Canada soon became my 'adopted homes' growing up. Our best and favorite rock and roll radio station in my little town in the 60s was CKLW in Windsor, Ontario. My family also had a fishing cottage near Hillsdale, Michigan and we spent many good times there growing up as well as many trips to the UP of Michigan. And more recently while living in British Columbia for over 11 years I became a landed immigrant in 2005 as well as a dual citizen of Canada and the US in 2010.